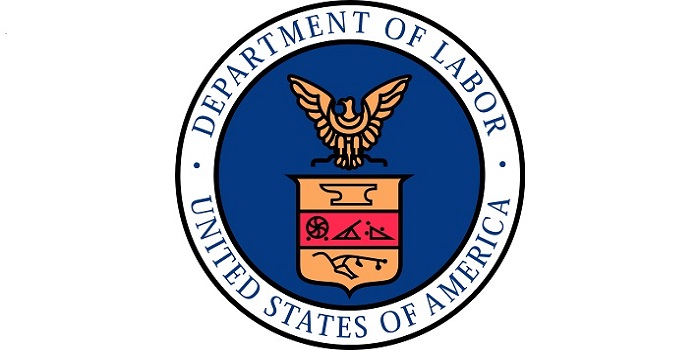 January 2018 started off with a bang for the Department of Labor. They raised certain penalty fees due to inflation (2018 penalty fees can be found at the end of the blog). More substantially though they released the proposed changes to what constitutes as an Employer (it modifies the commonality of interest test).  As a result a group of small employers could come together to form a group health plan as a single large group. On the surface the changes appear to be a positive step in helping primarily small employers. However, one can quickly see the compliance nightmare that could unfold. Ironically, this in turn could lead to more growth opportunities for brokers. The following paragraphs will explain…

The proposed change to the Employer definition by the DOL is a result from an Executive Order of the President:

To consider rules that would allow employers to more easily band together to offer health insurance coverage to their employees through an Association Health Plan (AHP) that would have some of the advantages available to large employers today.

Currently, ERISA generally classifies AHPs as multiple employer welfare arrangements (MEWAs), and AHPs as described in this proposal are one type of MEWA.  The proposed rule does not change or conflict with this attribute (ACA and state laws are still to be applied as they have been). Small employers benefit from AHPs because the plans are regulated as large group plans.

What Does this Mean?

Administering an AHP will not be a walk in the park. Many states have banned self-funded MEWAs so the new plans will need to comply with state laws regulating fully insured plans. As a MEWA, the proposed regulations require AHPs to operate under strict rules, including the adoption of by-laws, administration of a trust, and the establishment of a Board of Directors. As a result, the start-up fees and practices will be expensive with attorney involvement.

Ironically the News release from the DOL paints a different portrait from reality:

By joining together, employers may reduce administrative costs through economies of scale, strengthen their bargaining position to obtain more favorable deals, enhance their ability to self-insure, and offer a wider array of insurance options.

How 5500s Would Be Impacted

Furthermore, in filing the 5500 as a MEWA, the AHP has to meet extra compliance steps:

Brokers Coming to the Rescue

Many of the small employers banding together under the model of the proposed rule are typically not fully aware of all of the ERISA compliance steps to meet. Under the AHP model they would need to know these additional provisions.  Who would these small employers yield to for assistance? In one word – brokers.

Emily Marr, who oversees Wrangle’s ERISA Desk – a division that prepares the Plan Documents and other ERISA compliance materials – believes that the brokerages may be interested in helping small employers set up AHPs in a similar way that they have in the past with other MEWA plans and Private Exchanges. One would speculate yes after reading the DOL’s news release:

This is speculation and time will tell. Wrangle will be monitoring the public’s comments on the proposed changes to the Employer definition that are submitted to the DOL. The comments may indicate which brokers are rising to the occasion to be the frontrunners in this potential business opportunity.

Currently, 72 comments have been submitted as of January 23rd. However, the agencies have chosen not to post any (some reasons may due to the fact that the entry included private or proprietary information or inappropriate language). The last day to submit is March 6th.

To have access to the comments or to submit one to the DOL please see the link below:

Every year in January, the penalties are reviewed and considered with the attributes tied to inflation. They are then adjusted accordingly. 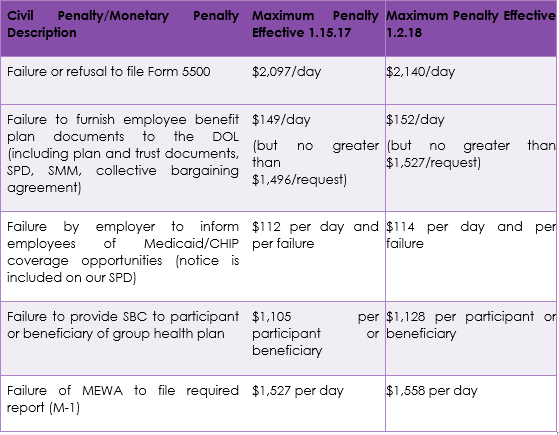 Special note: The penalties part of the DOL’s Delinquent Filer Voluntary Compliance (DFVC) program as well as the EBSA penalties for delinquent and late filings do not appear to be changed at this time.

The DOL Is Up To Something