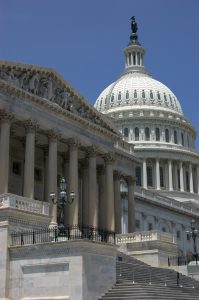 Surprise! The SECURE Act is not just for Pension Plans, and the annual increase of civil penalties for Health & Welfare plans have been released.

The same Appropriations bill that brought us the SECURE Act includes provisions that plan sponsors of health and welfare plans should take into account for the administration of their plans.

There are three new laws to know:

The Patient-Centered Outcomes Research Institute (PCORI) fee, which was established as a part of the Affordable Care Act (ACA) to fund clinical research, was set to expire in 2020 (for 2019 plan year fees). Insurers and employers with self-insured group health plans (including level-funded plans and HRAs) are subject to the PCORI fee. The PCORI fee is now extended to plan years ending on or before September 30, 2029, and the last payment for calendar year plans will be July 31, 2029.

How is the Fee Determined?

The PCORI fee is determined by multiplying the average number of covered lives for the plan year times the applicable dollar amount, and is paid annually to the IRS using Form 720. The applicable dollar amount, as set by the IRS for plan years ending on or after October 1, 2018 and before October 1, 2019, is equal to $2.45 per covered life, which must be paid by July 31, 2020. The IRS has not yet released the new PCORI fee rate for plans with plan years ending on or after October 1, 2019.

Which Plan Sponsor is to Pay and How Much?

For the upcoming July 31, 2020 due date, plan sponsors with self-insured group health plans that have plan years ending between January 1, 2019 and September 30, 2019 should calculate the 2019 PCORI fee using the $2.45 per covered life rate.

However, plan sponsors who provide self-insured group health plans with plan years ending between October 1, 2019 and December 31, 2019, should keep an eye out for the IRS’s release of new PCORI fee rates – the fees for these plans are due by July 31, 2020, but the new rates are still an unknown.

Please keep in mind, that if the counts from the Form 5500 are used to calculate the PCORI fee, then the Form 5500 cannot be extended.

The Cadillac Tax is Dead

Although many of us believed the Cadillac Tax would never be implemented due to its continuing delay, its repeal is considered an enormous victory for employer-sponsored healthcare coverage.

On July 12, 2019, the Kaiser Family Foundation published a study of the Cadillac Tax that concluded the tax “would affect one in five (21%) employers offering health benefits when it takes effect in 2022, unless employers change their health plans.”

The tax would have required plan sponsors and insurers to pay a 40% excise tax on the excess cost of high-cost employer-sponsored health plans – generally, a baseline amount over $10,200 for employee-only coverage and over $27,500 for family coverage.

Established by the ACA, the Health Insurance Tax (HIT) is an annual fee that is levied on insurance issuers, HMOs, and certain MEWAs. These entities pass the tax onto employer-sponsored healthcare plans in the form of increased healthcare premium costs. Many experts estimate that the HIT fee adds roughly 2.5% to 4% to premium costs.

Because health insurance issuers and HMOs finalized their 2020 premium rates based on the HIT fee being in effect prior to the Appropriation bill’s enactment, the repeal of the HIT fee is scheduled to occur beginning in 2021.

Message from Wrangle: Wrangle has started 2020 with the focus on Plan Documents and other ERISA Reporting and Disclosure Requirements. Our ERISA Desk department, which focuses on these aspects, has seen scores of questions and inquiries come its way and wanted to bring the information to the blog for all...