How to Report International Benefits 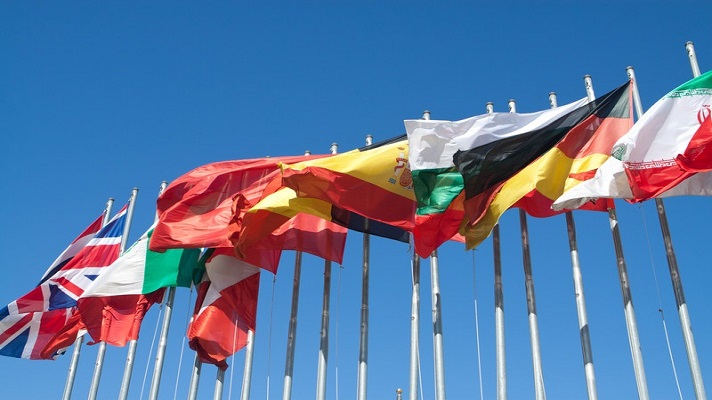 There is a question that tends to stop Wrangle and the DOL in its tracks. Is this question on MEWAs, Trusts or another complex type of reporting scenario? No. The question that raises doubt and the need for research is how International benefits are to be reported in the Form 5500s. This may sound far-fetched. Of course, foreign nationals would not be counted in a Form 5500…Correct? The answer actually depends on how a number of factors line up. There is not one easy answer.

Throughout the scores of pages on ERISA, there is only one provision that addresses international benefits albeit briefly. As a result, many including the courts have deferred to the various DOL Advisory Opinion letters that have touched base on this subject.

Plans that are established and maintained outside of the United States primarily for the benefit of individuals substantially all of whom are nonresident aliens are not subject to coverage under ERISA. “United States” means the states and the outer continental shelf lands defined in the Outer Continental Shelf Lands Act.

What is a Plan Sponsor then to do with ambiguity? With a detailed Wrap Plan Document/SPD specifying the benefits within the ERISA Plan and who the participants are more than likely will provide the needed clear and distinct information to make the decisions.  Without the documents in hand and with so little direction from ERISA, careful thought is needed when considering international benefits. In fact in many, if not most instances, an ERISA attorney is needed to review the nuances of a Plan’s attributes and see where ERISA is to apply or not.

In the table below some scenarios are depicted to give you some guide lines to consider. 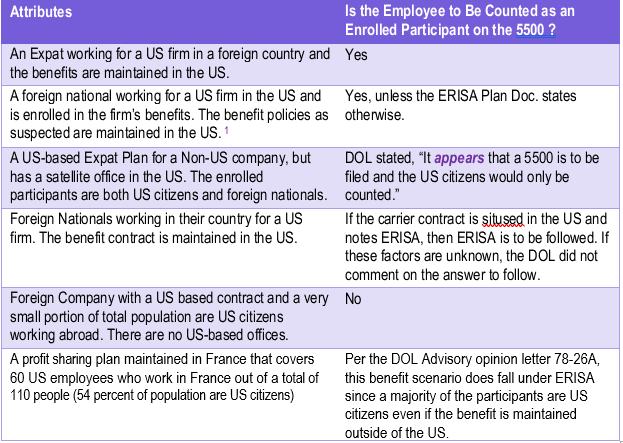 When brokers or direct clients ask Wrangle if the Form 5500 report is to be applied if foreign nationals are included or if the Plan is sitused outside of the US, rarely do we provide a yes or no response. We do always recommend for an ERISA attorney to be involved in the decision making process. We will continue to act in this manner until the DOL or other governmental agency provides more ERISA provisions on international lines to be used as a guide.

In one instance we asked the DOL’s Office of Regulations and Interpretations on whether the international scenario should be reported within the Form 5500, and we received silence. There were no returned calls after several attempts. I guess we got our answer.

While there is not a particular yes or no answer for many international benefit situations, we do encourage you to keep asking the questions. In turn we will continue to reach out to the DOL and share their opinion when we receive it.

What the Heck are MEWAs?

At a prospect meeting, the broker had a strong indication that the person sitting across the table would soon be a client. All signs pointed to the win. Then the prospect simply pointed out: "Our attorney during an internal audit noted that we are in fact a MEWA and never...