Form 5500 Participant Counts and Furlough Employees (due to COVID-19) 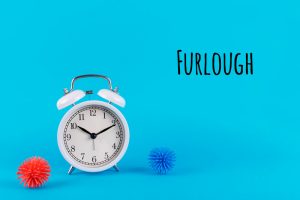 COVID-19 certainly has made an impact on the health and welfare industry and raised questions on whether there is an impact on the Form 5500. One question, in particular, has come up frequently:

We have the answer below.

In addition, the 2021 DOL Civil Penalty Fees, released on January 15th, are found at the end of the blog.

If the former employee was on furlough at the end of the Plan year, be sure to read the remaining portion of the blog.

Unfortunately, there is not a one-size-fits-all answer. Policies on furlough language have been discretionary, and each employer seems to design their approach a bit differently.

Some employers keep the employees on the Plan without offering COBRA, in which case we surmise that they are not separated, just on a type of leave (sort of like USERRA or FMLA leave with benefit protections). If they are under the Plan, they would be counted as an active employee on the 5500.

If you are unsure and Plan Documents are not available, the sources to review are the insurance issuer/stop-loss/TPA documents to confirm they will expand coverage during a furlough.

In contrast, other employers do offer COBRA to furloughed employees due to becoming ineligible because of reduced hours. They would therefore be under the Form 5500 Count line 6b for those enrolled in COBRA.

One area in grey is the following: when a former employee is in the COBRA Election Notice period.

29 CFR 2510.3-3(d)(2) states that an individual is not a participant covered under an employee welfare plan on the earliest date on which the individual (a) is ineligible to receive any benefit under the plan even if the contingency for which such benefit is provided should occur, and (b) is not designated by the plan as a participant.

Wrangle’s interpretation is that the receipt of the completed COBRA Election Form by the employer is the contingency, so employees in their COBRA Election notice period are not participants and would not be counted. We advise the Plan Sponsor to seek advice from an ERISA attorney for final confirmation.

For further questions, feel free to reach out to Ann McAdam at amcadam@wrangle5500.com.

Annual Adjustments to Penalties: The DOL will adjust these penalty amounts annually for inflation.

Understanding the Employer Status Box on the 5500

Start your engines! February is Wrangle's "Dashboard Data Entry Month," as it is the best time to consider the 2020 calendar year Form 5500s before you are crazed with strategic planning meetings and renewals. One dangerous practice is to assume, “If it was...