Don’t Be Out of Compliance – What is an ERISA Summary Plan Description?

When we hear the term “summary plan description” or “SPD,” many of us automatically think that the document in question is an SPD from a Carrier and the client is in compliance under ERISA. However, 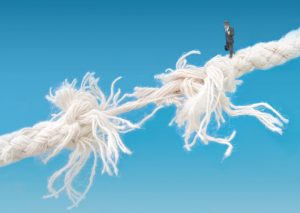 this is not always the case.

As a result, to know the details and attributes of an ERISA SPD is critically important for ERISA compliance. What exactly is an ERISA SPD? Read on…

The Real Deal: SPDs Under ERISA

Before the SPD comes into the picture, the Plan Sponsor first has the Plan Document. This is the main legalese document geared more for lawyers and Human Resources folks accustomed to such language. It has different content, formatting, and distribution rules than the SPD, making it less reader-friendly. As a result, a summary of Plan Document material is to be written specifically for the participants…hence the Summary Plan Description has been created

(Some have combined the two, the Plan Document and SPD into one; courts have allowed; however Wrangle personally discourages this to help provide more clarity to the Participants with the SPD running solo).

The SPD is probably the most important document required by ERISA. The SPD is the main vehicle for communicating plan benefits, rights and obligations to participants and beneficiaries, and it will often be enforced over the plan document, which is typically not disclosed to covered individuals. ERISA requires virtually every health and welfare plan to have an SPD and to furnish copies to each individual entitled to receive the SPD.

ERISA Section 102 and its regulations generally require the following information appear in the SPD:

In addition, DOL regulations require that SPDs include:

What Exactly Does Come from Carriers?

Although the Plan Sponsor (a.k.a. your client) is legally responsible for SPDs, Carriers often provide descriptive documents intended for distribution to eligible individuals. Such documents may even be called SPDs, but rarely contain all the elements necessary to be defined as an SPD under ERISA. Often, Carriers will provide documents focusing on state law requirements rather than federal law rules.

Best practice for plan sponsors of fully-insured benefits is to supplement the Carrier’s benefit documents, whether they are called an SPD or not, with a wraparound plan document and SPD covering all the health and welfare benefits offered to employees.

In many ways, the term “self-insured” is a misnomer because there is no “insurance.” Claims are paid by the plan sponsor from its general assets (and participant contributions, if applicable) or from a trust. A self-insured health plan (other than a church plan or nonfederal governmental plan) is a “group health plan” under ERISA and will be subject to ERISA’s SPD requirements on its own, regardless of the other health and welfare benefits offered by the plan sponsor. Even though the SPD for a self-insured plan generally will meet the definition of an ERISA SPD, that SPD will only provide compliance provisions for the one self-insured plan it describes.

Best practice for plan sponsors with a combination of self-insured and fully-insured benefits is to supplement the benefits documents, including the self-insured SPD with a wraparound plan document and SPD.

To learn more on ERISA SPD’s or to help your client have one in place for their Plan(s), feel free to contact one of the following Wrangle team players:

With a new year comes the push for you to bring in new clients. Don’t forget that the Form 5500 is an excellent tool to help in prospecting. It quickly highlights the main factors of a Prospect’s Plan(s) as well as pointing...