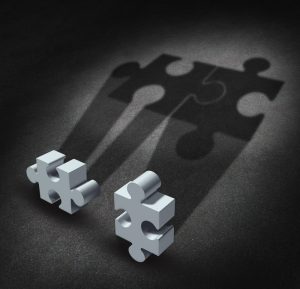 When a client announces during a strategic planning meeting that they have acquired a new company or companies, as a broker, your head starts to spin as you try to decipher what needs to be covered, starting off with the benefit plan structure. In a perfect world, the purchasing agreement would outline how the benefits would be handled, and in an even better scenario, all ERISA compliance measures would be carried out before signatures were placed on the agreement’s dotted line. In reality, this is not the case as we here at Wrangle can attest based on the questions that we receive on a regular basis on what to do with reporting and disclosure responsibilities.

Per the DOL, the answer provided came more from the perspective of logistics – if the DOL or IRS needs to reach a live body to discuss, the DOL would consider the Plan Sponsor / EIN who is responsible for the Plan at the time of the filing to be the Plan Administrator/Plan Sponsor. In other words the company who acquired is to sign.

From Wrangle’s perspective, before following this advice, we would encourage the Plan Sponsor to seek guidance from an ERISA attorney, because the attorney would have the opportunity to learn the many aspects playing a role in the final decision such as the Plan Document and SPD. The DOL is not in this same position.

“I too advise for an ERISA attorney to be on hand to review and advise. Each acquisition or merger of companies will be unique and complex in its own way. Besides advising on who is best to sign the 5500s, examples of problems that may arise include a self-insured group health plan that is not covered by adequate stop-loss insurance and the lack of coordination on which entity will be responsible for COBRA coverage.”

Wrangle follows the instructions of the Form 5500. Unfortunately, the instructions cannot possibly cover every scenario. This is the case for this acquisition situation. Never the less there are some details to apply:

Page 15 of the instructions, Line 2a 1.  Enter the name of the Plan Sponsor that holds the insurance contract.

Looking at this in a black and white viewpoint, the name that held the contract on the last day of the ERISA Plan Year prior to an acquisition would be the company being acquired and therefore it would be the Plan Sponsor, along with its EIN, to list on the 5500.

As for the Plan Administrator to sign the Form 5500, per the instructions (page 16), this individual is to be:

The third bullet leaves a little more breathing room for interpretation. Nevertheless, the ERISA attorney would be best to ask since the IRS and DOL would designate this person representing the Plan.

In closing, Wrangle knows whole-heartedly that when we point to the ERISA attorney for the answer(s) and interpretations, there is a sigh of frustration. The desire for immediate answers to act upon is at times critically needed. We very much uphold a quote from Benjamin Franklin, “An ounce of prevention is worth a pound of cure.” Never the less, one aspect of the 5500 does bring comfort – amending. If after the filing changes do need to be made to any of the attributes discussed, the 5500 can be resubmitted with an updated set of details.