Solving the Mystery on Participants 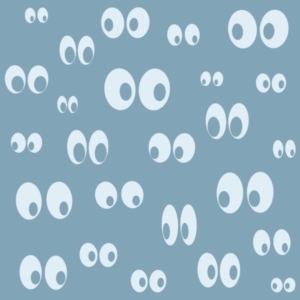 Multiple times a day Wrangle faces a mystery:  When we receive the worksheet data, the Plan Participant counts area is left blank. Of course, everyone knows the Form 5500 cannot be submitted in this manner. Wrangle pieces together what can be determined using existing data (read below for our standard defaults).  Never the less, considering that the most accurate data comes from the client, we want to do all that we can to remove any sense of hesitancy or uncertainty on what is required for the participant counts.

For Health and Welfare benefit plans, there is generally-speaking only one key word to know when tabulating the participant counts: Enrolled.  By being enrolled in the plan the person is a participant whether or not, they make a contribution.

True, there are those exceptions, where “eligible” to enroll participants are counted, because, those participants who actively use the benefit are not required to enroll. An example of this scenario is a severance plan or a stand-alone employee assistance program benefit.

Here is the Participant Count Breakdown as required on page two of the Form 5500 for the health and welfare plan:

Reminder: the best source per the DOL is the client’s data; however we will use the following defaults if data is not provided to us)

Line by Line defaults if eWorksheet is left blank.

Many wonder why the Schedule As, particularly those for medical, dental and vision, can have a vastly different number of covered persons verses the number of participants on the Form 5500’s page two. The reason why is that the Schedule As for the health benefits typically include the dependents.

Per the DOL, the best source for the participant counts is in an enrollment census from the client or their TPA. There are those who do not keep accurate records leaving a broker feeling at an impasse as they stare at the eWorksheet. The search for a participant count can feel like a true hunt. Fortunately there are these tips to give the means to find the data. After all, as noted earlier, a Form 5500 report cannot have the participant area blank.

The Latest Data from the DOL: 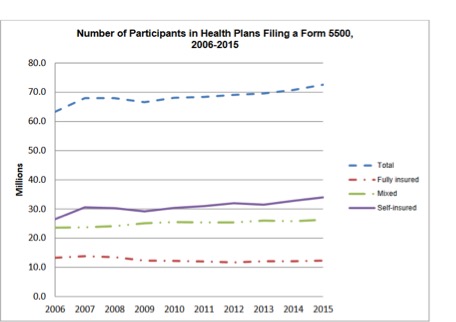 The DOL”s Semi-Annual Regulatory Agenda Has Been Released

FYI: The DOL released the semiannual regulatory 2018 Agenda which outlines the priorities for the next 12 months. The proposed changes to the 5500 for 2019 were not listed at all. What was?

Per the EBSA: “Regs will establish criteria for an employer group, or association, to act as an “employer” within the meaning of ERISA § 3(5), and sponsor an association health plan that is an employee welfare benefit plan, and a group health plan, under Title I of ERISA.”

There is a rule in the 5500 world which permits you to file a report based on the counts of previous filings to future filings. This is super helpful if you have a small group trust as a starting point which does not require the IQPA report. See below:

Perk: The 80-120 Participant rule can be applied for multiple years in a row, as long as the participant count does not increase to be 121.

For an example: in 2014 a Trust filing’s Participant Count at the end of the year was 84.  (Trusts always have to file regardless of the participant count). A Schedule I was used and no auditor’s opinion (IQPA report). In 2015, the count increased to 110. However, since the group was 84 prior, they did not follow the large group requirements: IQPA report and the Schedule H.

An Essential Outline on Establishing an ERISA Plan

An Essential Outline on Establishing an ERISA Plan By: Emily Marr If an employer asks you what steps are to be taken to form a Health and Welfare Plan under ERISA, how would you answer? Many feel the question leads to a blank canvas with plenty of uncertainty on how to move...